The need for decentralized blockchain technology just became more obvious than ever before.

The recent collapse of FTX, one of the world's largest cryptocurrency exchanges, has highlighted a few major pitfalls of centralized exchanges (CEXs) — and traditional centralized institutions at large.

These problems include gatekeeping, custodianship of customer funds (without granting customers root ownership), under-collateralization, ambiguous regulation, and insider trading — pretty much everything Bitcoin was created to subvert.

"Moreover, while the news of the collapse of FTX is empowering crypto skeptics, we would point out that all the recent collapses in the crypto ecosystem have been from centralized players and not from decentralized protocols."

The collapse of FTX is just the latest in the growing list of CEX and institutional bankruptcies...

What Does the Collapse of FTX Mean for Web3?

It's been a tough few weeks for the cryptocurrency world. First, we saw the collapse of FTX, one of the leading crypto exchanges. Now, we're left wondering what this means for the future of web3.

Web3 builders and developers haven't slowed down, though. In fact, we're seeing record signups at QuickNode. This shows that the community is still committed to building a decentralized future, now more than ever.

So, what does the collapse of FTX mean for web3? Let's take a look.

As the world of web3 continues to evolve, we are seeing an increasing number of developers interested in more than just crypto and DeFi. Many builders are now focusing on the broader world of web3 dApps and how they can be used to create a more open and decentralized internet.

One of the key reasons for this shift is that, as the web3 ecosystem matures, we are starting to see more use cases for these technologies beyond just financial applications. For example, there are now web3 applications being developed for social media, gaming, and even online advertising.

This is a positive trend for the long-term health of the web3 ecosystem, as it shows that there is growing interest from developers in building applications that can have a real impact on people's lives. In addition, it also indicates that the market for web3 applications is expanding beyond just those who are interested in crypto and DeFi.

Just this week, hundreds of web3 developers, VC funders, and CEOs gathered in Miami for web3 events, including QuickNode's Nodevember conference. The unflappable crowd of web3 builders acknowledged the gravity of FTX's collapse, but quickly turned their vision forward, toward the future of web3 and its boundless opportunities.

What Happened with FTX

In June 2019, FTX was launched as a centralized cryptocurrency derivatives exchange by Sam Bankman-Fried (SBF). Over the last two years, FTX dramatically grew in popularity, becoming the second-largest CEX (Binance being the largest). SBF also founded the Alameda Research hedge fund. Alameda and FTX were not officially the same entity but were deeply entwined — tragically.

During the crypto bull market, FTX attracted many celebrity and political endorsements. SBF even became one of the significant voices in Washington, DC, regarding lawmaker communication and crypto regulations.

To help understand this situation, it's also important to note that FTX uses a form of tokenized equity (pseudo-equity) associated with its exchange — the FTT token. FTT is the leading transactional currency on FTX, giving users discounts, rewards, and trading commissions.

Now that the stage is set with FTX, Alameda, FTT — and Binance — we can get into how FTX went from a valuation of nearly $25 billion to $0.

At the beginning of November 2022, a private document leaked that indicated a huge portion of Alameda's assets were held in FTT (2). This revelation caused valid concern regarding the viability and liquidity of both FTX and Alameda — also how deeply the two entities were embedded with each other.

In response — or already premeditated — CZ, the Binance CEO, announced that they would be liquidating the $2.1 billion of FTT that Binance held from being an equity holder in FTX.

When Binance started selling, the price of FTT started cascading downward, causing a ripple effect that would be felt across the entirety of web3.

As fear spread, a bank run started on CEXs, causing many to halt trading and withdrawals — something nearly impossible to do with a DEX. It quickly became apparent that something fishy was going on with the numbers at FTX and Alameda. User assets were severely under-collateralized, and Alameda was completely insolvent. FTX was allegedly grossly mishandling customer assets and engaging in unethical, high-leverage investments — much to the same tune as the banks during the 2008 financial collapse. As a result, FTX declared bankruptcy, leaving over a million users unable to access their assets.

And the story only gets more and more bizarre from there. But we'll let you dive into that rabbit hole on your own.

The Problems with Centralized Exchanges and Institutions in Web3

It's no secret that the crypto world has struggled with centralized exchanges from the onset. From Mt. Gox to Bitfinex, these exchanges have often been the target of hacks, fraud, and theft — resulting in hundreds of millions of dollars worth of damage and loss (3). But why are centralized exchanges so vulnerable? And is there a better way?

Several key issues with CEXs make them a target for bad actors. First and foremost among these is the fact that they act as a single point of failure. Because the exchange holds all customer funds, if the exchange is hacked or otherwise compromised, all those funds are at risk.

Another major problem is that centralized exchanges are often subject to ambiguous government regulation. This can result in things like frozen accounts or unexpected taxes, which can cause significant financial hardship for users.

Finally, centralization also makes it difficult to ensure security and safety for users. Because these exchanges hold such a large amount of valuable data, they're constantly targeted by hackers and other malicious actors.

As we've seen time and time again, even the most well-protected centralized exchange can be brought down by a determined attacker or malicious founder. Unfortunately, these problems have been illustrated repeatedly through high-profile hacks and attacks on centralized exchanges (4). In many cases, users have lost their entire life savings due to these attacks — highlighting the need for a better way to store and trade digital assets.

The Benefits of DeFi and Decentralized Blockchain Technology

The decentralized finance (DeFi) ecosystem has emerged as a response to the many problems associated with centralized finance. By its very nature, DeFi is built on decentralized protocols and infrastructure that are not subject to the whims of central authorities. This makes DeFi much more resistant to hacks, fraud, and theft, as there is no single point of failure.

In addition, DeFi protocols are often permissionless, meaning that anyone can use them without needing approval from a central authority. This allows for greater financial inclusion, as users do not need to go through traditional financial institutions to access DeFi products and services. Finally, DeFi protocols are often transparent and auditable, which helps build users' trust. Everything happens in the open on the blockchain.

Developers and Builders are Bullish on Web3

Most developers embrace a decentralized web3 via permissionless blockchain technology that is both transparent and secure. The main benefits of this type of technology are that it is open source, so anyone can view and audit the code; it's decentralized, so no single entity controls it — and it's secure because the data is stored on a distributed network of computers. That’s why savvy developers choose to rely on their own devices and query the blockchain directly with a web3 infrastructure provider like QuickNode.

This type of technology has the potential to upend many industries, as it enables trustless interactions between parties. For example, imagine a world where you could buy a house without going through a bank or real estate agent. Or, imagine a world where you could book a hotel room without worrying about the hotel overbooking or canceling your reservation. The possibilities are endless, and we are only beginning to scratch the surface of what we can build on this new infrastructure. So far, we have seen a number of applications emerge that aim to disrupt traditional industries, such as finance, insurance, and healthcare.

(1) JP Morgan - "All of the recent collapses in the crypto ecosystem have been from centralized players and not from decentralized protocols" #bitcoin pic.twitter.com/7WdH1ezamf

QuickNode.com is building infrastructure to support the future of Web3. Since 2017, we've worked with hundreds of developers and companies, helping scale dApps and providing high-performance access to 15+ blockchains. Subscribe to our newsletter for more content like this and stay in the loop with what's happening in Web3! 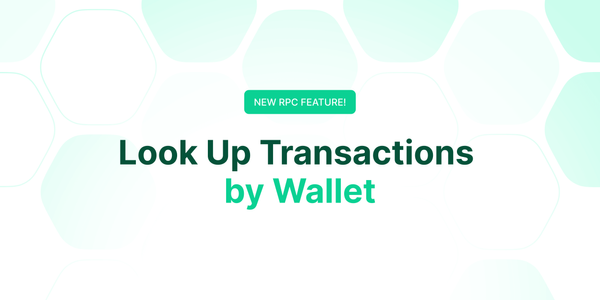 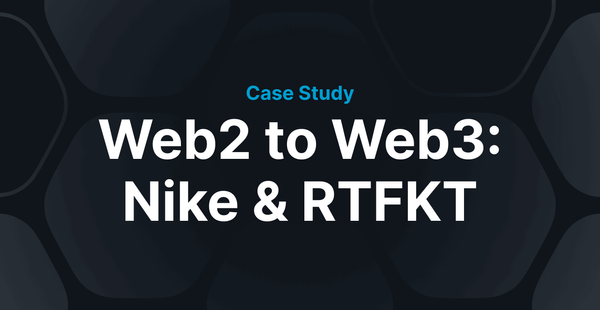 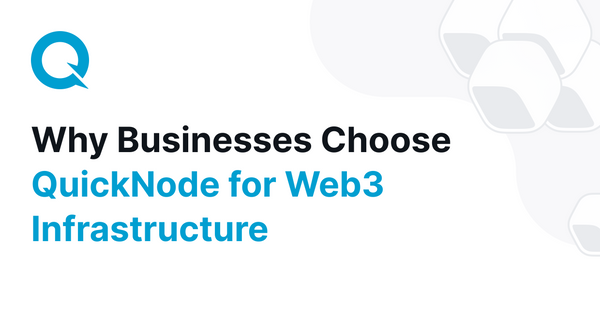 See why the top companies and projects trust QuickNode to do the heavy lifting when it comes to best-in-class blockchain infrastructure solutions.